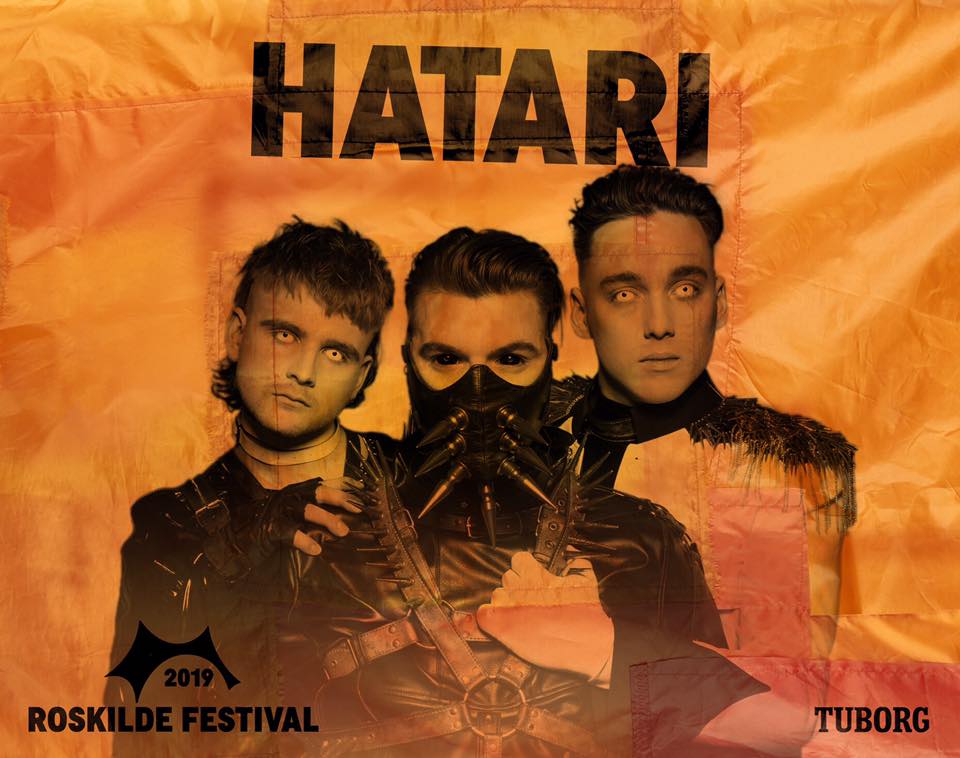 Rehearsals started 4/5/19 and we’re updating our predictions to reflect them as they progress. Read on for our thoughts on the 17 entries vying for 10 final slots. Ukraine was originally drawn in the 2nd half of this semi but withdrew after its national selection.

Great contest opener. Cyprus has never won Eurovision but last year’s 36th attempt achieved its best ever result when the memorable performance of Fuego finished 2nd. 3 of that song’s 5 co-writers return here for the similar sounding Replay and the song is certainly as strong as its predecessor. Much will depend upon the performance. Strong word of mouth from the rehearsals.

Montenegro has only made 2 finals in 11 attempts and we don’t see this adding to that tally. D-moll are 3 men and 3 women and, while we’re enjoying the chugging metronomic beat with pleasant, almost Irish, tune, the live presentation is painful and twee.

Last year’s Finnish entry was our favourite and so we were pleased when the selection concept (3 songs by a chosen artist) was repeated this year. However, the selection by the Sandstorm star was a little lacklustre and question marks have been raised over the live singing of the featured artist here.

The tune is pleasingly White Stripes-ish and these 4 women sing rather shrilly while dressed traditionally. We’re unsure whether we’ve quite heard the live vocal yet but have high hopes for this. Poland has made 14 finals in 22 appearances but we don’t think this is good enough to top its best ever result, 2nd in 1994.

Slovenia’s 25th entry is popular with the bookies but is a rather dreary, downbeat electro effort. They’ve made 14 finals finishing 7th twice but we don’t see this doing anywhere near as well.

Like Cyprus, last year the Czech Republic achieved its best ever result (6th at its 8th attempt) with its entry, the youthful and modern-sounding Lie To Me by Mikolas Josef. The writers are different but this has a similar feel and should certainly see this country making only its 3rd ever final appearance.

The beard, man bun and physical resemblance to Sweden’s Nano bring a credibility to this act only enhanced by his 8th place finish in 2017. The song boasts a pleasant whistling hook but it’s all a little laidback for Eurovision although is likely to score highly with juries. Hungary’s best result was 4th in its 1st of 14 finals in 1994 but we don’t see this doing as well.

We like it – and the Belarussian Britney Spears has plenty to recommend her. The song contains the modern-sounding horn parts that featured in Ukraine’s terrific entry that dropped out from this semi in controversial circumstances shortly after selection. It’s Belarus’ 16th entry and we think it could be the 6th to make it to a final. Their best showing was Work Your Magic (6th in 2007) although this isn’t in that league.

Serbia won in 2007 with a ballad and have made the final 8 times in a dozen appearances. Serbia has had most success with ballads and this is more of the same: it’s well sung and the chorus moves things up a gear but it’s the song that lets things down here. Nevena has Eurovision history, she was 3rd in the junior edition in 2007 and was part of group Moje 3 which finished 11th in its semi in 2013. After watching rehearsal clips, we’re swapping this in and Belgium out.

Belgium has a strong recent record of submitting contemporary songs by young up-and-coming acts and this is no exception. This is the country’s 61st Eurovision and it has won only once, in 1986. Don’t hold your breath for a repeat though. After watching rehearsal clips, we’re swapping this out and Serbia in.

This is Georgia’s 12th entry and they’ve made 7 finals finishing 9th twice. The song is as dour as the singer.

The country’s move from internal to public selection has coincided with a drop in quality. The Florence and the Machine-like strings show promise but we loathe p-opera and the staging is laughable. However, this isn’t a semi containing many of our favourites and we can see it squeaking through.

This isn’t the entry we wanted to win Söngvakeppnin preferring instead our Song Of The Month for March Moving On by Hera Björk. We described it then as a hardcore growl-fest and we loathe the title. However, it’s a catchy and uplifting song with credibility that is a potential winner of the whole contest if it can finish higher than 11th in this semi. It has attracted strong pre-contest coverage for its anti-capitalist message and now that we understand the idea of the song – hate prevails in a dystopian future if we don’t love each other 1st – we think this is the entry most likely to win the entire contest.

Co-writer Rästa performed and co-authored 1 of our favourite Eurovision entries of recent times (Goodbye to Yesterday his duet with Elina Born was 7th in 2015) and this is Coldplay-light which works well in this context. Estonia has won once at 24 attempts, in 2001, and this should see it in a final for a 16th time.

Quirky, artistic and one for the Kate Bush fans. This is well presented (although not so much in rehearsals) but isn’t something we would normally listen to but may find support from the same edgy constituency that will enjoy the Icelandic entry. Portugal won in 2017 with something similarly individualistic but we don’t have the same regard for this.

Co-writer David Sneddon won BBC1’s Fame Academy in 2002 and after a short-lived career as a pop star has gone on to write for acts including Hurts, Morten Harket and Lana Del Rey. Greece has a reasonable Eurovision record with 1 win in 2005 and 37 final appearances out of 39 entries. This is a pleasant but unremarkable attempt.

Pet Shop Boys B-side. Memorable not least for the lack of originality of the hook. This is San Marino’s 10th entry and it has made a final only once (24th in 2014 with Maybe by Valentina Monetta). Serhat was 12th in his semi in 2016.