We’ve lived in Blackheath for 18 years and this festival has a fun, family atmosphere and this year takes place on Saturday 8 and Sunday 9 September. We 1st saw Paloma Faith outdoors at Lovebox in east London in 2010. She’s always had a way with a crowd, particularly in her home city, and her back catalogue’s stronger than ever.

Last year was our 1st OnBlackheath and you can read what we thought here. No one was more surprised than us at our favourite act and we’re delighted that they return this year. 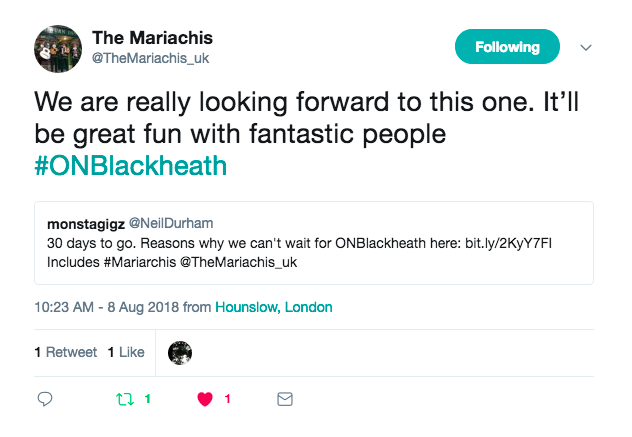 The joy of festival-going is that you can catch an act that you’ve always wanted to see but never quite done so and so it is with The Divine Comedy. NB: We’ve just been reminded we saw them support Robbie Williams in Exeter in the 90s.

As we write this, there’s a real sense of optimism about England’s World Cup chances. Come OnBlackheath we’ll know whether Gareth Southgate’s boys will have progressed further than the group stage but who better to sing along with as music comes home to Blackheath?

It’s unfinished business for De La Soul as they pulled out at the last minute to be replaced by a great Basement Jaxx set in 2017. Very much looking forward to catching up with them this year.

Deptford’s Squeeze are (almost) coming home too this year and we’re stoked because we last saw them at the Pyramid Stage at Glastonbury in 2016 and didn’t realise until then quite how many tunes they had in their locker.