At its heart is the London barbers where we find Samuel (a petulant Fisayo Akinade) working with his uncle (Cyril Nri, both low key yet heartbreaking) who aren’t getting on although we’re initially unsure why.

At first the action in the half dozen barber shops appear unrelated but characters move between them and as the play progresses it becomes clear there are links between what we are seeing.

Author Inua Ellams gives us thoughts on figures who loom large across African history including Robert Mugabe and Nelson Mandela yet the action is also personal as the all-male cast ruminate on issues affecting fathers and sons in particular. 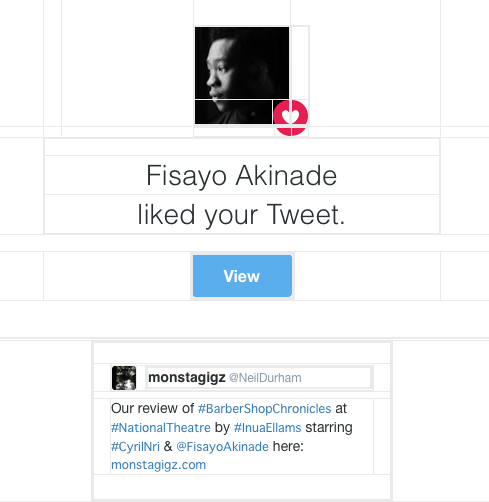 At one point a character refers to the barbers being ‘a lighthouse in the darkness’ particularly for people who have left the countries of their birth and here it is clearly viewed as a place where men come to talk although what they’re saying isn’t necessarily reflective of how they feel and what they really want to talk about.

A criticism would be that there seems to be easy stereotypes drawn here based on nationalities which we wonder whether Ellams himself acknowledges with a recurring joke about three men in a bar who each come from different but neighbouring countries.

If this all sounds a little heavy, its lightened with a lot of humour, an authentic atmospheric soundtrack and even some formation dancing with barber shop gowns used as capes.

The strong cast never let their grip on the disparate plot out of their grasp and there’s several moments towards the end that are so quietly devastating that we swear we heard stifled sobs from the audience members around us. A cut above most of its competition.