It’s 40 years since Mike Leigh’s Abigail’s Party pricked a nation’s consciousness through a cheesy-pineapple skewer, we’re here with the Oscar-nominated director and much of the cast to celebrate the TV career of its star, Alison Steadman. 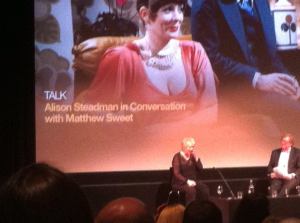 Alan Bennett described aspirational Beverly as ‘a brutal hostess with shoulders like a lifeguard and a walk to match’. Steadman spoke to personnel managers at cosmetic companies and spent a few days wandering around Selfridges, watching beauty therapists at work, when improvising the part. Steadman is asked what Beverly would be like now: ‘Probably had at least three more husbands. Possibly four or five. No kids. Tony (far right) probably jumped ship very quickly after the party.’ She imagines Beverly would’ve backed Margaret Thatcher and voted Leave. Was she tempted to give her some lovable touches? ‘No, she thinks she’s great.’

Steadman praises authors James Corden for his anarchy and Ruth Jones for the heart they brought to the show where she plays the titular Gavin’s house-proud and overprotective mum. Will there be a new Christmas special? ‘Of course I’d be up for it but I really don’t think it’s going to happen.’

The child-like Candice Marie enjoys camping, nature and a guitar-banjo duet with husband Keith. When asked about former husband Leigh, who devised and directed this Play For Today, she says: ‘He’s alright. He’s pottering about. I have a coffee with him now and again.’ 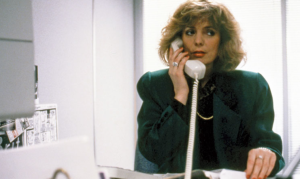 BAFTA-nominated as a showbiz hack on a national newspaper, she lunched with Fleet Street’s finest in preparation for another improvised role. Her gift for impersonation and finding the voice for a character is a common theme. Did she feel a kinship with Victoria Wood. ‘She was a hero of mine.’

BAFTA-nominated again in Dennis Potter’s six-part BBC drama about a mystery author suffering writer’s block. She says she was unaware of Potter’s loathing for Abigail’s Party: ‘The script was just so fantastic. I wouldn’t have missed it for the world. It’s definitely in my top five things I’ve ever done.’

What next? ‘I don’t know. That’s the great thing about this profession. I just feel incredibly lucky. I might slow down a bit now I’m 70.’ Can it really be 43 years since she was half of TV’s first lesbian kiss?