If you had to choose the perfect headliners for a Radio 2 festival, it might be the Pet Shop Boys. Famous for matching intelligent lyrics with irresistible synth-pop hooks, and with a 30-year back catalogue to plunder, they could easily entertain thousands of 30 to 50-somethings gathered in Hyde Park on a balmy Sunday evening.

Favourites such as It’s A Sin, Heart and West End Girls were mixed with newer tracks such as Burn, Vocal and the latest single Dreamland.

The latter was written and recorded with Olly Alexander from Years and Years, so it was gratifying to discover he was their first special guest. He shared vocals on this catchy track before squealing his delight at being on the same stage as his heroes.

Neil Tennant had indicated they would pack their hour-long set with classics, but it was great to hear the oft-forgotten Latin percussion of Se A Vida E and Domino Dancing also given an airing.

In live shows, they always go the extra mile visually too. After the slight disappointment of seeing dancers clad in regulation black suits and white shirts, they soon returned in more trademark Pet Shop Boy costumes, including metallic body suits with blank face masks and then – gloriously – inflatable fat suits in primary colours.

When balloons in similarly bold colours were hoisted aloft behind the band and illuminated for Go West, it was a gasp-out-loud moment.

And they did have a band – the music wasn’t just churned out by Chris Lowe on a variety of keyboards. Drums, percussion and, er, more synths bulked out the sound. Neil Tennant’s wistful voice is still holding up well, and the encore gave us the treat of Beverley Knight belting out the Dusty Springfield bits of What Have I Done To Deserve This?

A stonking Always on My Mind and a hint of The Pop Kids rounded off a perfect set, and Neil and Chris left the stage to their fat-suited friends hilariously freestyling.

Of course, only at an eclectic festival like this could testosterone-fuelled rockers like Status Quo be followed by boyband balladeers Westlife. Or indeed could a hardcore club DJ set be curated by erstwhile 80s smoothie Gary Davies. But it was that kind of day.

Simply Red got the party started with a half-hour lunchtime set that featured hits such as Stars and Fairground, as well as new tracks such as Thinking of You from the forthcoming album Blue-Eyed Soul.

Although Mick Hucknall is the only original member of the group left, the current incarnation of the band provides a tight soul-funk sound for his vocals to soar over. Kudos to the graphics department for excellent visuals projected onto the backdrop too.

American singer Kelsea Ballerini hit the stage next with some country-infused pop. Tracks like Miss Me More and the new one, Homecoming Queen, were a hit with the twenty-somethings. She would have been a new face for many in this crowd and perhaps didn’t quite do enough to win over those who had come only for the pop legends.

Then it was time for Bananarama (or two-thirds of them, now that Siobhan Fahey has left them to tour with Shakespears Sister…again). Keren and Sara always look like they’re having fun, even if they’re singing the same tunes and running through the same slightly half-hearted dance routines as they did in the 1980s.

Their enthusiasm carried us through I Heard A Rumour, Love in the First Degree and Venus. And there was an unusual moment during Really Saying Something: the girls normally sing everything in unison, but here Sara took on the lyrics originally sung by the Fun Boy Three. The two singles from their new album In Stereo fitted in well with the classics, even if ‘keep saying stuff like that’ isn’t the most romantic thing they’ve ever sung.

The first confetti explosion of the day came with Clean Bandit, who ran through chart-topping hits Symphony and Rockabye amid general audience delirium. It’s a testament to how this outfit work that Yasmin Green and Kirsten Joy can fill in seamlessly for the original vocalists when on tour, with few people noticing the difference.

Their unique fusion of classical and synth allowed cellist Grace Chatto and violinist Stephanie Benedetti to strut flamboyantly across the stage with Yasmin and Kirsten – while brothers Jack and Luke Patterson lurked in the shadows banging out tracks that have now attained the status of dance anthems. Well done for reviving the 80s-style synth axe too. 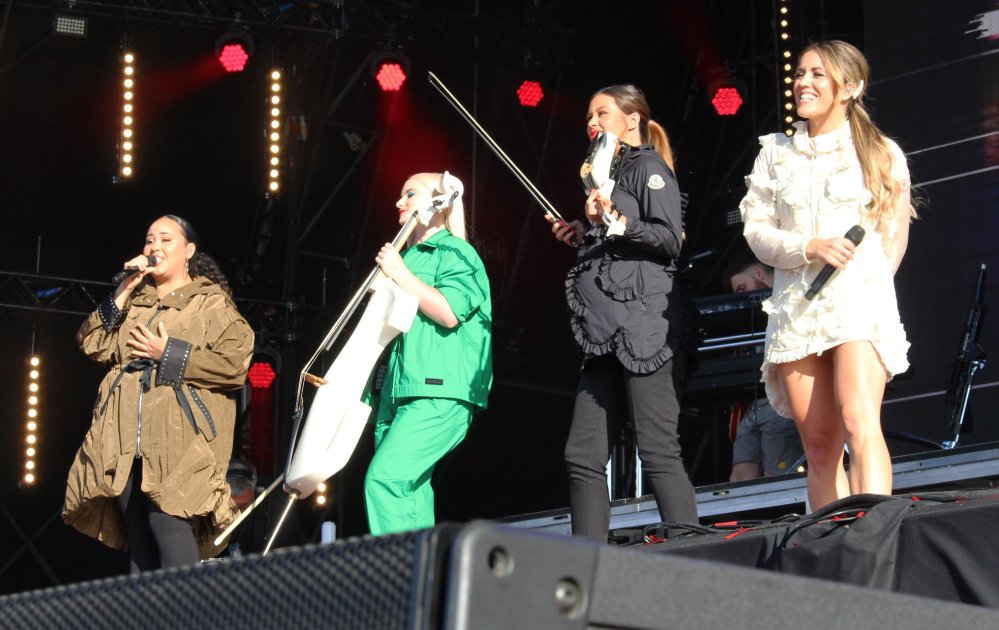 No one can pummel guitars while gyrating pelvises quite like antiquated rockers Status Quo. They are coping well without the late Rick Parfitt, with vocal duties shared around the rest of the group and newish guitarist Richie Malone nailing the classic riffs in Rocking All Over the World and others. They’re not everyone’s cup of tea, but they have stage presence in droves.

And we also saw the grown-up members of Irish boyband Westlife belt out classic ballads such as Flying Without Wings and You Lift Me Up, with the obligatory ‘hold up your phone and shine your torch’ moment. Kian, Mark, Nicky and Shane were – of course – dressed in identical military-style jackets and treated us to some synchronised dance moves during Uptown Girl. But this was a polished vocal performance it was hard to dislike. 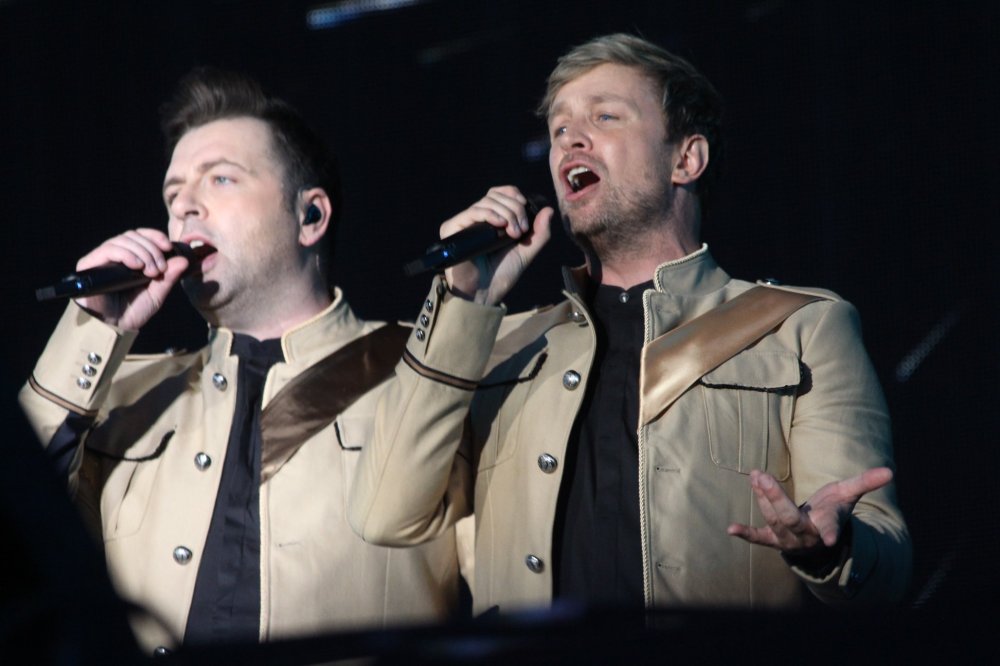 Sadly, Emeli Sande had to cancel her performance on the day because of problems with her voice. It was the one sadness on a day that showcased some of the best music from past and present.