Just 1 of the reasons why we started this blog. So much to look forward to in 2016: John Grant, Fatboy Slim, Cyndi Lauper, Aluna George, Adele, Coldplay, Disclosure, New Order, Grimes, Roisin Murphy, Years and Years, Jake Bugg and St Etienne, we’re looking at you for starters. And that’s just the main stages. Our annual fix will also feature the delights from the rest including Will Young, The Feeling and Hobo Jones and the Junkyard Dogs. An opportunity to say goodbye also to Bowie and Prince.

English singer, songwriter and producer Aleksandra Lilah Yakunina-Denton (or Shura, for short) releases debut album Nothing’s Real 8/7. We think she sounds very Prince and pop our live cherry with her at her Koko gig 1/6. 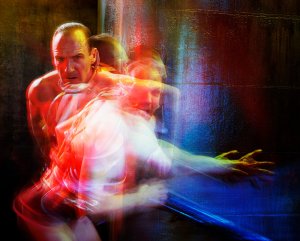 We’ve never seen Vanessa Redgrave on stage before and can’t wait for her Queen Margaret opposite Ralph Fiennes who we saw earlier this year in a rather dour production of The Master Builder at the Old Vic. Runs 7/6 to 6/8. Tickets here. Picture via Facebook courtesy Almeida.

We won’t be reporting on the 10/6-10/7 tournament here but thought we’d mention it as so many home countries are taking part. And it’s a good excuse to picture our favourite player/source of controversy. Picture via Facebook courtesy England Football Team.

Kinky Boots has won every UK Best Musical award (apart from our monsta), new country album Detour is out and d’tour takes in Glastonbury as well as the Eventim Apollo. Tickets here.

We marvelled at Carrie Cracknell’s Medea at the National in 2014 which starred Helen McCrory and now they’re reunited at the same venue for Rattigan’s The Deep Blue Sea. Tickets here. Runs 1/6 to 17/8.

8. Jake Bugg releases On My One

We had a sneak preview of material from Bugg’s third album at his east London gig in March. Glastonbury beckons for him too. The album’s out 17/6.