We’ve never seen Adele live. We’re going to Glasto and are still hoping she’s headlining Saturday. Her 22-date UK tour begins in Belfast 29/2 and we’ll be reporting from her eight-night run at The 02 in March. Picture via Facebook courtesy Adele.

2. Jane Horrocks stars in If You Kiss Me, Kiss Me at the Young Vic

Jane Horrocks sings Joy Division, the Human League, Gang of Four, OMD, Cabaret Voltaire, The Buzzcocks, The Fall, Throbbing Gristle, Soft Cell, The Smiths, Morrissey and New Order with an element of interpretive dance and a live band? What’s not to love? Picture: Johan Persson. Runs 10/3 to 16/4. We’re reporting from the 2nd preview.

This Menier Chocolate Factory production won our monsta for best musical and its star Sheridan Smith was our best theatre actress of 2015. It opened in November, we’ll be reporting from a cast Q&A and its closing night in March. Not seen it? It transfers to the Savoy for a six-month run from April.

4. Sweden choose the winner of Eurovision 2016

Sorry – it’s the Melodifestivalen final 12/3 and Sweden will be choosing its entrant to the 2016 contest of song that is Eurovision which will be held in, wait for it, Stockholm. We’ll hear the first 30 seconds of After Dark’s (above) entry Thursday.

5. The return of House of Cards

Get Weird was one of our favourite albums of last year and Jade, Perrie, Leigh-Anne and Jesy take it on a 29-date UK arena tour this month. We’ll be at an 02 matinee. Loving the accepting gay vibe of their new single (clip above) in the UK’s top 10 (alongside Perrie’s ex-squeeze Zayn Malik) as we write this.

We’re at an early preview for this musical which runs 7/3 to 9/4 at one of our favourite smaller venues. We’d imagine there’s a strong chance of a West End transfer. One of our favourite stars, Yateley-boy-done-good ‘Make some noise for’ Daniel Boys also appears.

We last saw the ‘Ha on their farewell tour at Wembley Arena in 2010. Last year they released acclaimed new album Cast in Steel (check out our archive for a review) and they embark on a four-date UK tour including a pitstop at The 02 this month.

9. Uncle Vanya at the Almeida 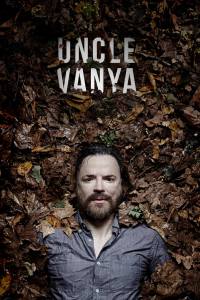 Director Robert Icke gave us the much acclaimed Oresteia which originated at this theatre before a West End run last year. He returns to the Almeida to direct this Chekhov classic which reunites him with Downton Abbey‘s Jessica Brown Findlay. Runs to 26/3. Picture via Facebook courtesy Almeida.